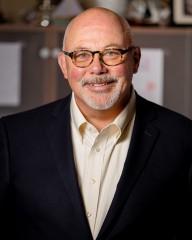 Joseph W. Major, of The Victory Bank, has been elected to a four-year term as a new member of the Board of Directors of The Federal Home Loan Bank of Pittsburgh (FHLBank). His appointment was recently announced by FHLBank.  Mr. Major was one of two new members to be elected to the Board.

Joseph W. Major is the Founder, Chairman of the Board, and CEO of The Victory Bank.
Mr. Major formerly served as the President and CEO of Patriot Bank Corporation and Patriot Bank and as President of Vartan National Bank. In addition to his undergraduate degree in business, Mr. Major holds a JD from the University of Akron. He is an honor graduate of the American Bankers Association Stonier Graduate School of Banking.

About FHLBank Pittsburgh:
As an intermediary between global capital markets and local lenders, FHLBank Pittsburgh provides readily available liquidity, as well as affordable housing and community development opportunities, to members of all sizes in Delaware, Pennsylvania and West Virginia. FHLBank Pittsburgh is part of the Federal Home Loan Bank System, which was established by Congress in 1932 and serves as a reliable source of funds for housing, jobs and growth in all economic cycles.